The Boynton’s were the
first African Americans in
Alabama to own an
insurance company, as
well as a real estate and
employment agency.

The Matriarch of Voting Rights

Portions of
what became the Voting
Rights Act of 1965 were
written at Amelia Boynton’s kitchen
table in Selma.

AMELIA ISADORA PLATTS BOYNTON ROBINSON (1905 – 2015) was born August 18th in the port city of Savannah, Georgia, to the late George and Anna Hicks Platts. She was the seventh of ten children. Their father was a building contractor and their mother was a dressmaker, realtor and civil rights -activist, who was the elected as the first secretary of the Colored Chamber of Commerce in 1924 in Philadelphia, Pennsylvania. She traced her history on both sides to a mixture of African, Cherokee tribe of Native Americans and German and other European blood. Amelia was the last of her ten siblings; however, she has many nieces and nephews who reside in various cities around the country, with significant number of them in Philadelphia, Pennsylvania, where her parents and some of her siblings resided until their deaths.

Amelia spent her first two years of college at Georgia State College (now Savannah State University), then transferred to the Tuskegee Institute (now Tuskegee University) in Alabama. She graduated from Tuskegee in 1927 with a home economics degree before further pursuing her education at Tennessee State University, Virginia State University and Temple University. After working as a teacher in Georgia, Amelia took a job as Dallas County’s home demonstration agent with the U.S. Department of Agriculture in Selma, Alabama. In1930, she met her co-worker, Dallas County extension agent Samuel Boynton. 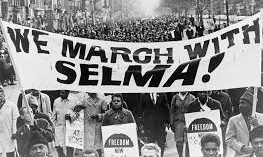 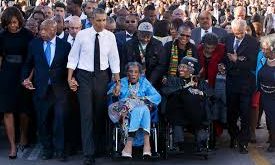 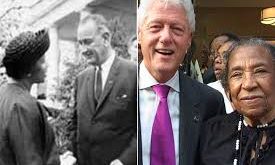 My mother’s participation in the “Bloody Sunday March” was viewed on world wide television leaving her known as “the
unconscious woman left alone on the bridge” and later “the woman in the wheelchair who was accompanied across
the bridge by President Obama at the 50th celebration of the Selma to Montgomery March of 1965.” My mother began fighting for civil rights at the age of 9 years old when she would accompany her mother, Anna Hicks Platts, in horse and buggy to the home of Black women in Savannah Georgia to encourage them to become registered voters after Congress passed the right for women to votein 1920.

In 1930 she came to Selma to serve as the Dallas County Home Demonstration Agent to teach Black women on the farm the modern methods of housekeeping where she joined my father, S. W. (Bill) Boynton, Sr. as co-worker for the U. S. Department of Agriculture.  He was the Dallas County Farm Agent teaching Black farmers the modern method of farming. They were working with sharecroppers on white owned farms that was slightly removed from slavery. They agreed to farm a portion of the farm that the owner furnished everything necessary to farm and after the harvest of the crop the two would settle up including the repayment of any monies advanced. The Black farmers remained forever in debt for all items including rent, food and clothing.

Whites also forbade them to vote. Being first hand familiar with their treatment she joined my father in his effort to register
Black farmers to vote and help them purchase their own land. Blacks in Selma were reluctant to support them but throughout the state they were known as “Mr. and Mrs. Civil Rights.”

My father’s full name is Samuel William Boynton, but he, like my mother and his two sisters, preferred to use their initials to avoid whites from calling them by their first name since they would refuse to call them by the title of, for him “Mister”. In the 1930’s he was responsible for causing the federal government, under the WPA program, to build the two storied community
center in downtown Selma next to City Hall. The building contained two offices for the county and home demonstration agents and an auditorium that contained two murals drawn by Birmingham Black artist Felix Gaines. National recognized bands, such as Louis Armstrong, played there. And, his
farmers were some of the few in America who raised money and purchased a 110-acre farm with a pond for swimming and
fishing for themselves. In 1950 my father was responsible for causing two attorneys to successfully represent a young Black man accused of attempting to rape the mayor’s daughter. This representation resulted in a United States Supreme Court decision that a coerced confession could occur without any physical abuse.

He was truly devoted to working with the Black farmers in all steps to try to get them registered to vote. In 1957 he testified before the Senate and my mother testified before the Civil Rights Commission on the denial of the right to vote for Blacks. They expressed a concern for their safety and recommended that they travel back to Selma during the daylight hours.

Although they very frequently received death threats, he was only attacked on one occasion which occurred after his retirement as county agent when he opened the first Black
owned real estate and insurance company in Alabama. The legislature passed a law that all taxicabs were required to carry liability insurance. Many Black taxis purchased insurance from my father. A jealous white realtor came to the office and attacked him with his walking cane until my mother took it away from him and he was ushered out of the office by two passersby. He stood outside, across the street from Police
headquarters and beat on the glass door with his cane until it broke. This was observed by the police who had no response. 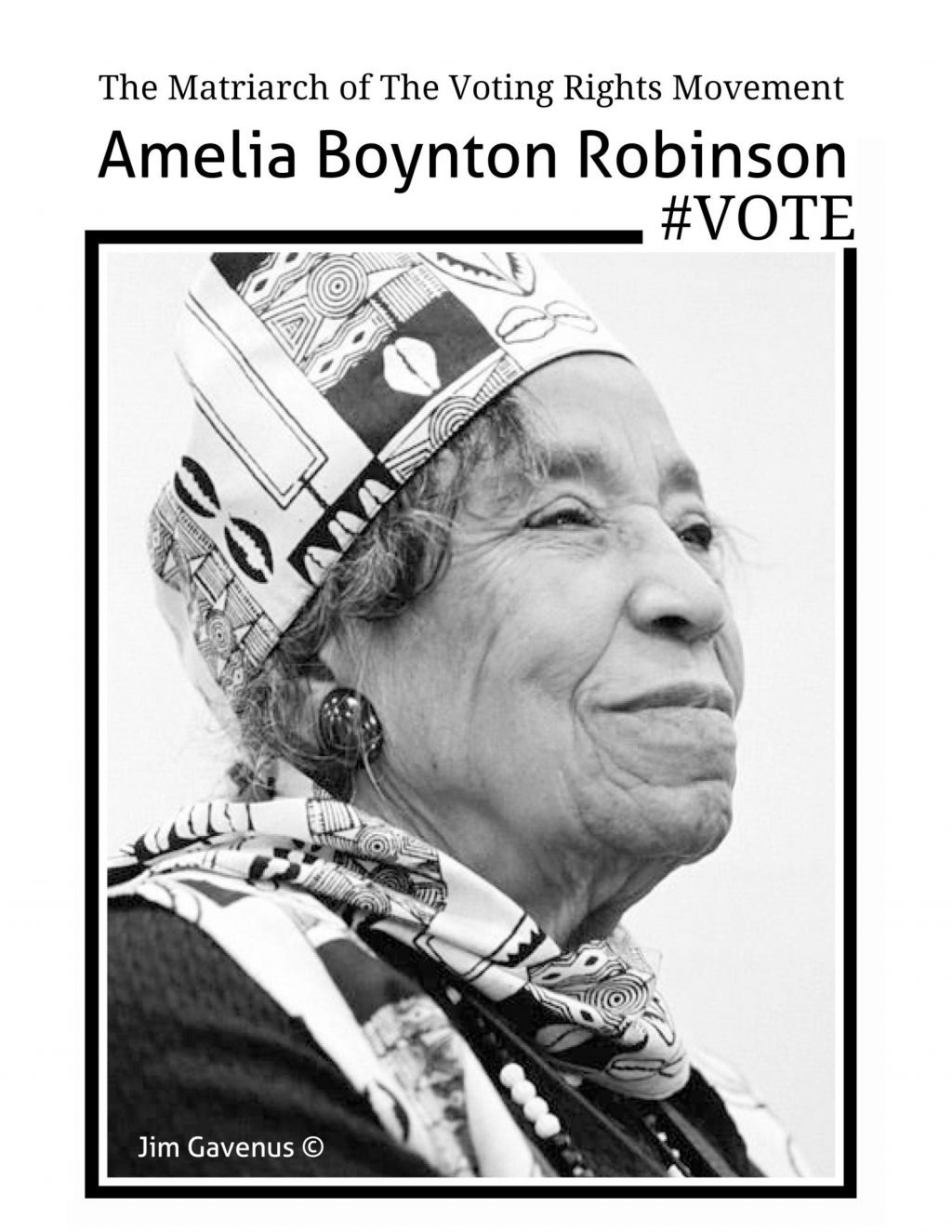 Civil Rights icon Bruce Boynton, the President of The Amelia Boynton Robinson Foundation, is working towards educating the world about the contributions of the Boynton Family. The Boynton Family legacy[…] 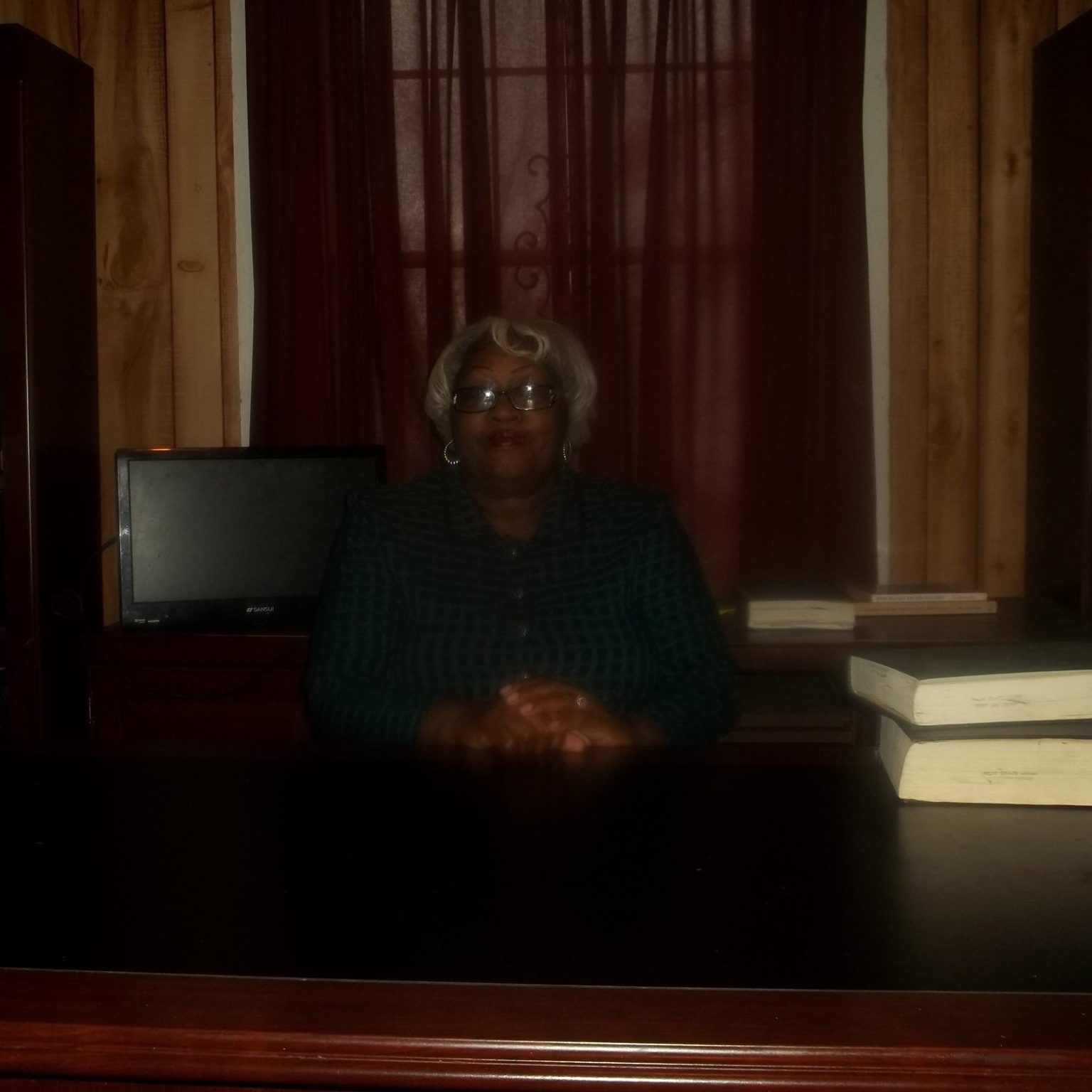 “I became a “Foot Soldier For Freedom” and became a regular attendee of meetings held by Marie Foster and Mrs. Amelia Boynton. Some of my experiences then should be related now because they speak of matters not yet told. For example, there was the time in 1965 when we were all in a mass meeting at one of the churches in Selma when a telephone call was received  telling of a bomb that had been placed on the premises that was scheduled to explode. We had such widespread devotion to the
movement and a desire for the recognition of our rights that no one departed from the church. I later recognized that they all could have been blown up but I believe that it would have been a fair exchange for my parents receiving the right to vote. Fortunately there were no explosions. 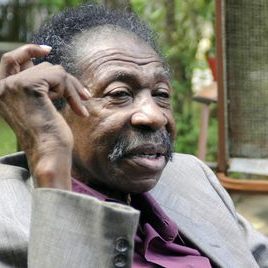